On 29 September 2015, Predappio town council unanimously approves the “Cultural Project for the use and management of the Ex Casa del Fascio e dell’Ospitalità”, a building with significant historical and architectural value, and the only one still standing derelict within the town’s urban structure. It bears witness to and is emblematic of a time that deeply marked Italian history.
The document, which forms the basis for the transfer of ownership from the State to the Town, contains the strategic guidelines for its restoration to a useable condition and acts as support for the wide-ranging planning initiatives, which have progressively defined the structural, cultural and financial aspects, up to the current initiation of works supported by the Municipal body of Predappio, Fondazione della Cassa dei Risparmi di Forlì, Regional government of Emilia Romagna (POR-FESR 2014-2020), Ministry for Cultural Heritage and Activities.
The destination is that of a large Documentation and Research Centre, with international stature, on the theme of 20th century totalitarianism. It will house an extensive Permanent Exhibition dedicated to “L’Italia totalitaria. Stato e Società in epoca fascista” (“Totalitarian Italy. State and Society during the Fascist era”).
The purpose of the project is to explore and document the historical interpretation of the events that involved Italy between the two world wars over a period of two decades, to fill a cultural gap of the Institutions and concurrently develop an educational function for the new generations.
Another mission is to upgrade the image of the town of Predappio. Its memory has been trivialised for far too long, leaving room for a stereotyped portrayal of the Mussolini myth, and to an apologia, that contradicts its democratic vocation.
The project methodology, of which this website constitutes the informative environment, is aimed at a spirit of opening and cultural dialogue.

The stages of the project

June 2013 – The period from 2011 to 2013 sees the progress of various planning levels (historical analysis, first preliminary draft, first regeneration programme, etc.) which have been brought together organically under the Programme of Re-use and Management commissioned by the Union of the Municipal bodies of Romagna Forlì and drafted by Carlo Giunchi. In June, the municipal body of Predappio participates in the constitution of A.T.R.I.U.M.  International Association finalised at setting up the European Route on the Architecture of the Totalitarian Regimes in an Urban Management, coordinated by the municipal body of Forlì.

May 2014 – During the municipal elections of 24 May, the relevant parts of the Programme are taken as an integral part of the electoral programme to renew the mandate of the Mayor Giorgio Frassineti.

July 2014 – The municipal authorities submit the project to the assessment of the Working Table set up by the Department of Culture of the Regional government of Emilia-Romagna, which underlines its importance, also at territorial level.

October 2014 – To follow up on the planning hypotheses, the municipal body instructs a high profile interdisciplinary work group coordinated by Prof. Marcello Flores, who prepares the Project guidelines starting from its exhibition section.

February 2015 – Signing of the protocol of accession to EUROM, European Observatory on Memory, European network of prestigious institutions coordinated by the Foundation of the University of Barcelona.

May 2015 – 29 May – Predappio
“Situazione museologica e memoria in Italia, progetti sulla eredità della memoria. A 70 Anni dalla Liberazione” (Museological situation and memory in Italy, projects on the legacy of memory. 70 years from the Liberation) – Link PDF

September 2015 – The town council unanimously approves the Regeneration programme, which is integrated into the design phase with a chapter on scheduling the intervention. It also constitutes the preparatory act for transferring the ownership of the building from the State to the Town.

February 2016 – The debate on the project of Predappio develops nationwide. Key Italian and international media intervene. A document supporting the choices of the municipal body of Predappio is signed by 55 historians of 28 Italian and international Universities or Research institutes. The Undersecretary to the Prime Minister’s Office Luca Lotti meets the Mayor of Predappio in the presence of the highest institutional authorities. He declares the government’s interest in the project.

April 2016 – The municipal executive committee approves the re-definition of the Preliminary Project. The municipal body forwards the Regional government of Emilia Romagna a request and obtains a contribution of €2 million within the scope of the European structural funds (POR/FESR 2014/2010 – Axis 5). This is in addition to the €500,000 allocated by Fondazione Carisp of Forlì and to the €500,000 of own resources, to realise functional Lot 1 of the building containing the permanent exhibition. 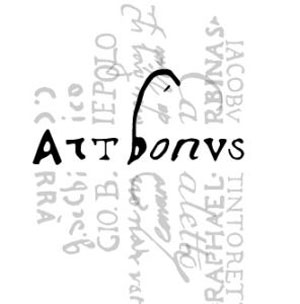 May 2016 – The municipal executive committee initiates the procedure for the Art Bonus, which allows to provide funding for the project with the acquisition of 65% tax credit.

July 2016 – Predappio town council assigns the Institute for the History and Memories of the 20th century Parri Emilia-Romagna, one of the most important historical institutes of Italy, the task of designing the scientific and museographic permanent exhibition.

September 2016 – On 3 September, the agreement is signed with the Institute for the History and Memories of the 20th century Parri Emilia-Romagna, on the occasion of the conferral of the “Austrian Holocaust Memorial Award” to the Mayor Giorgio Frassineti, the only Italian in ten years, for “his commitment in trying to create objective dialogue on fascism through a 20th century documentation centre”.

October 2016 – The municipal executive committee approves the constitution of the International Scientific Committee, proposed by the Institute for the History and Memories of the 20th century Parri Emilia-Romagna, which will work alongside it during the exhibition design phase. It is composed of sixteen major and highly competent historians and museum experts, four of whom are working in other countries. The first meeting of the Scientific Committee, coordinated by Prof. Marcello Flores, is held in Predappio on 27 October 2016.
Ser.In.Ar., an agency which supports the University of Forlì and Cesena, finances a biennial research programme worth €36,000.00 called “Predappio Europa”. Its purposes are to support an accurate investigation of European museography on the theme of totalitarianism and the implementation of the constitutional route of the Foundation that will manage the Ex Casa del Fascio. The scientific coordinator of the programme is Prof. Alberto De Bernardi of the Department of History, Culture and Civilisation of the University of Bologna.

November 2016 – The Regional government of Emilia-Romagna Region publishes the classification of the POR/FESR funds. The municipal body of Predappio, which is listed among the first 18 projects funded out of almost 80 requests made, is assigned €1 million. In the same month, the agreement is signed with the Fondazione Cassa dei Risparmi di Forlì to manage the fund of €500,000.00 already allocated by the same.

January 2017 – On 20 and 21 January, the International Conference “Narrare il fascismo” (Narrating Fascism) is held in Predappio with the presence of many Italian and international speakers – Link

April 2017 – The Institute for the History and Memories of the 20th century Parri Emilia-Romagna delivers the municipal body of Predappio the Scientific and museographic project of the permanent exhibition entitled “L’Italia totalitaria. Stato e società in epoca fascista” (Totalitarian Italy. State and Society during the Fascist Era). The project, approved by the municipal body, is submitted to the assessment of the institutional representatives (Regional government of Emilia Romagna – MIBACT (Ministry for Cultural Heritage and Activities), Presidency of the Commission for Culture of the Chamber of Deputies) who share its essential guidelines.

July 2017 – The municipal body of Predappio signs a Memorandum of Understanding with the Foundation Museo Storico of Trentino to develop a collaborative relationship.

September 2017 – The European competition is launched to award the definitive project, working drawings and project management. Launched on 28 September 2017, the building site will open in 2018.

October 2017 – The Scientific and museographic project of the permanent exhibition is publicly presented to Italian and international press in Rome, on 23 October 2017.

February 2018 – The Ministry for Cultural Heritage, Activities and Tourism orders the payment of a contribution of €1,500,000 ( LINK ) to the municipal body of Predappio (LINK), to prevent the seismic risk and, in particular, to verify, reduce the vulnerabilities and renovate the Ex Casa del Fascio e dell’Ospitalità.

October 2018 – Re-opening of the Ex Casa del Fascio e dell’Ospitalità in association with FAI. On Sunday 14 October, there are 486 visitors. ( LINK )

March 2019 – The municipal body of Predappio and Ser.In.Ar. Forlì-Cesena sign the agreement for the shared management of a Centre for Initiatives called PROGETTO PREDAPPIO to manage the design phase and the initiation phase of restoring the Former Casa del Fascio e dell’Ospitalità di Predappio to a useable condition.
The body, which will operate with the appropriate independence, is composed of:
Governing council: Giorgio Frassineti (Chairman), Alberto De Bernardi, Gabriele Zelli (Directors)
Organisational Management: Carlo Giunchi
Scientific Management: Marcello Flores

April 2019 – Romagna Acque Spa – Società delle Fonti has allocated a contribution of €85,000,00 in favour of the municipal body of Predappio town to support the Project of Regeneration of the Ex Casa del Fascio e dell’Ospitalità di Predappio.
In particular, the contribution, which will benefit from the tax measures under L.D. 83 of 31 May 2014 – Art Bonus, will be used for the phases subsequent to the design of the Permanent Exhibition with special reference to the historical, informative and communicative contents as well as the technological options in accordance with the existing Scientific and Museographic Project, managing research, drafting and compilation activities of general and specific materials and possibly the museum exhibition layout phase, in respect thereof.

May 2019 – The definitive project, working drawings and project management are awarded.
On 15/5/2019, as decided by the Director of the Union of Municipalities of the Romagna Forlivese, the Single Central Commission awards the definitive project, working drawings and project management and the coordination of safety for the restoration of the Ex Casa del Fascio e dell’Ospitalità di Predappio to a useable condition to a temporary consortium of companies coordinated by STUDIO VALLE PROGETTAZIONI SRL of Rome, consortium leader (www.studiovalle.com).
The principals, besides ASSOCIAZIONE PROFESSIONALE VALLE PROGETTAZIONI, are ENG. G. AMARO, SQS INGEGNERIA SRL, the ARCH. G. GATTA and the ENG. A. GENTILI.